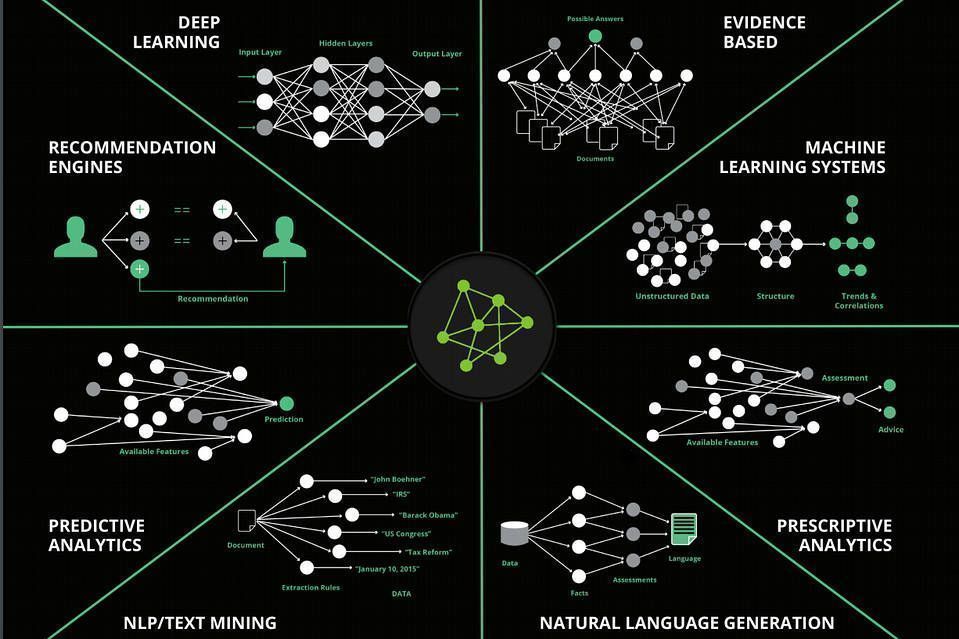 Open source is the coolest. Let’s look at some of the top players for 2017. One of the most interesting things about the list below is how well it shows the maturation of the open source community over the last decade. All the projects presented here (with the exception of Lab41) were released 2014 or later and each is already playing a major role in its respective community.

Released in 2015, Google’s TensorFlow is an extensible neuron-based machine learning library. With TensorFlow we can build pipelines to classify all manner of things like images and text, and even build complex problem scenarios like “will users who look like X buy Y?”

Many industries are just scratching the surface of machine learning. Despite the contemporary sentiment that we can ‘AI’ anything, machine learning problems are always bound by computation resources (i.e. computer processors or servers) and training data. Training data will remain the elephant in the room in the coming years, with many folks underestimating the amount of reliable training data necessary to successfully answer complex questions. That being said, machine learning is for real and will soon be invisible under the hood of most of the applications we use every day. We will also see many interesting projects and hypotheses that stem from using machine learning to creatively interpret the surplus of publicly available data.

If your understanding of machine learning could use a refresher, this blog post from Google will be helpful.

Released in 2015, Hyperledger is sponsored by the Linux Foundation to promote future commercial applications of blockchain technology. Hyperledger develops modular tools that can serve as the distributed blockchain foundation to solve commercial problems that range from secure contracts, anonymous accounting and identity management, and community-based historical transaction records.

Lets accept that the Node.js community won. It’s everywhere. Node.js democratized server-side coding for a new generation of programmers. We can’t talk about React Native without acknowledging that Node.js will continue to be a powerhouse in the software engineering space, particularly for consumer and mobile applications.

Why is this a sexy idea? We can use the most common language for the consumer web: javascript. We don’t need a team that is splintered across different language specialties, like javascript, ruby/python/php, java, and objective C. We can build quickly. We can tap into native device components for hard stuff, like image processing. We can rally around what resembles (although not quite) a single application, then just bounce our core app out the door for each platform we desire.

When Kubernetes was released by Google in 2014, it looked promising. The goal of the project was ambitious—solve the problem of how to orchestrate a fleet of distributed server containers across many tiers, groups and roles. For example, a company could have 200+ containers running in data centers across 4 U.S. cities with three environment tiers (dev, staging, production). This is a massive headache to manage.

Let’s accept that virtual server orchestration has been the elephant in the room for the last decade when it comes to complex deployments for large enterprises. This is one reason Amazon Web Services has been so successful. Even with the rise of virtualized container deployment like Docker, the elephant still looms. Companies have to rely on either brittle open source projects, expensive proprietary platforms, or extensive internal tooling to manage their virtual clusters and containers.

For large scale container orchestration, Kubernetes seems to be clearly leading the pack and picking up momentum with users like NYTimes, Goldman Sachs, SoundCloud, Box, Comcast and Ebay.

Lab41 is a “challenge lab” where the U.S. Intelligence Community comes together with their counterparts in academia and industry to tackle big data.

While Lab41 is not an open source project per se, it is asking some interesting questions that result in open source code and contributions to the community. It represents something quite unique, in that it shows an intersection of open source principles, venture funding and government priorities.

Very simply, if you take a look at this interactive infographic about global data breaches, you will immediately understand why Vault is important.